During setup of toolbars in AutoCAD meets the Customize User Interface dialog box. The video tutorial will consider several ways to access this window. 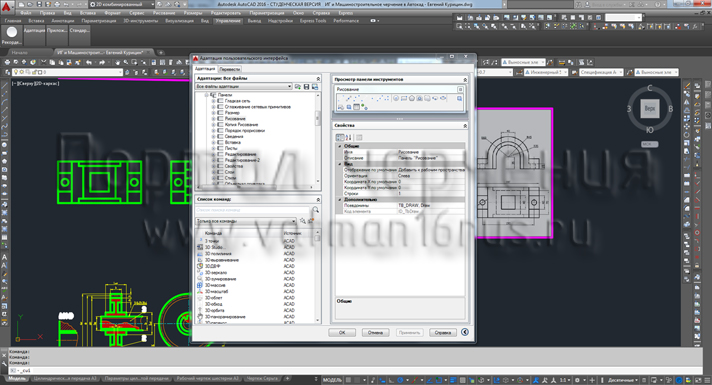 How to remove the button from the tool bar in AutoCAD

ow to add a button to the toolbar in AutoCAD

P.S.
This video tutorial AutoCAD and article are included in the free tutorial professional AutoCAD, which is suitable for both novice users and has long been working in this program.