[AutoCAD Video Course] Object Segment - how to draw, convert to a polyline in CAD

Segment command is most frequently used AutoCAD command. It serves to create broken lines consisting of segments, each segment being separate object.

How to build segment in AutoCAD

For construction of segment in program meets command Segment. You can call it in following ways (start building it):

Note
To create broken lines perceived as one object, command of Pliny serves.

After calling Segment command in AutoCAD, command prompt will appear:

In response to which you can specify point by clicking mouse, or enter coordinates in command line. After specifying first point of segment, you will be prompted at command line:

In response to which we indicate next point in any convenient way. After specifying second point of segment AutoCAD, system requires you to specify next point, and beginning of next segment begins at end point of previous segment.

segment command in AutoCAD is cyclic command and it will not stop its execution until we interrupt or complete it. To complete execution of Split tool, press "Enter" key or abort execution of command by pressing "Esc" key. 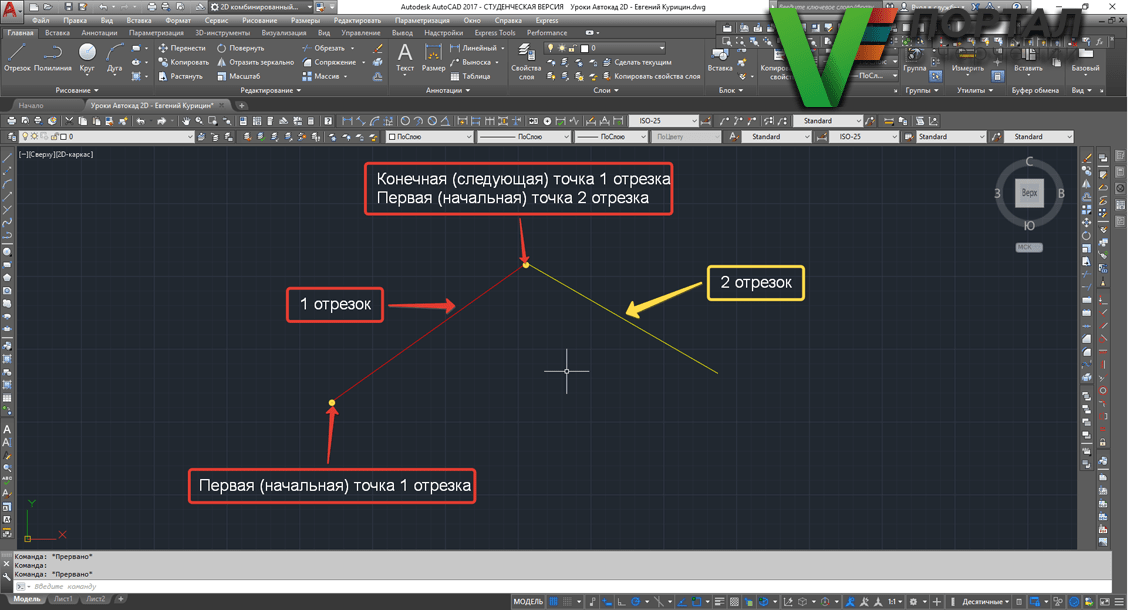 To select Split tool options you can:

Board
New segment in AutoCAD can be started at end point of previous segment. To do this, click on "Enter", i.e. re-run tool "Segment", and then on query in command line First point (Specify first point), just press "Enter", eliminating object binding.

How to build segment in AutoCAD of given length (ways)

How to build segment of given length using dynamic input display

construction of segment in AutoCAD of given length at desired angle to horizontal line directed to right (by default), as well as other AutoCAD objects using dynamic input is used everywhere. fact is that this method of constructing segments (objects) is intuitive because of clarity and simplicity of construction. By enabling dynamic input in program, you can observe entered or specified values ​​not only on command line, but also in small window, next to cursor. In addition, in process of building segment of AutoCAD, all useful auxiliary information is displayed - length of segment under construction, angle of current direction of segment relative to previous given point. Between fields displaying auxiliary information, you can switch by pressing "Tab" key.

length of program in desired length and at right angle to horizon was built.

If you have not enabled dynamic input, you can enable it: 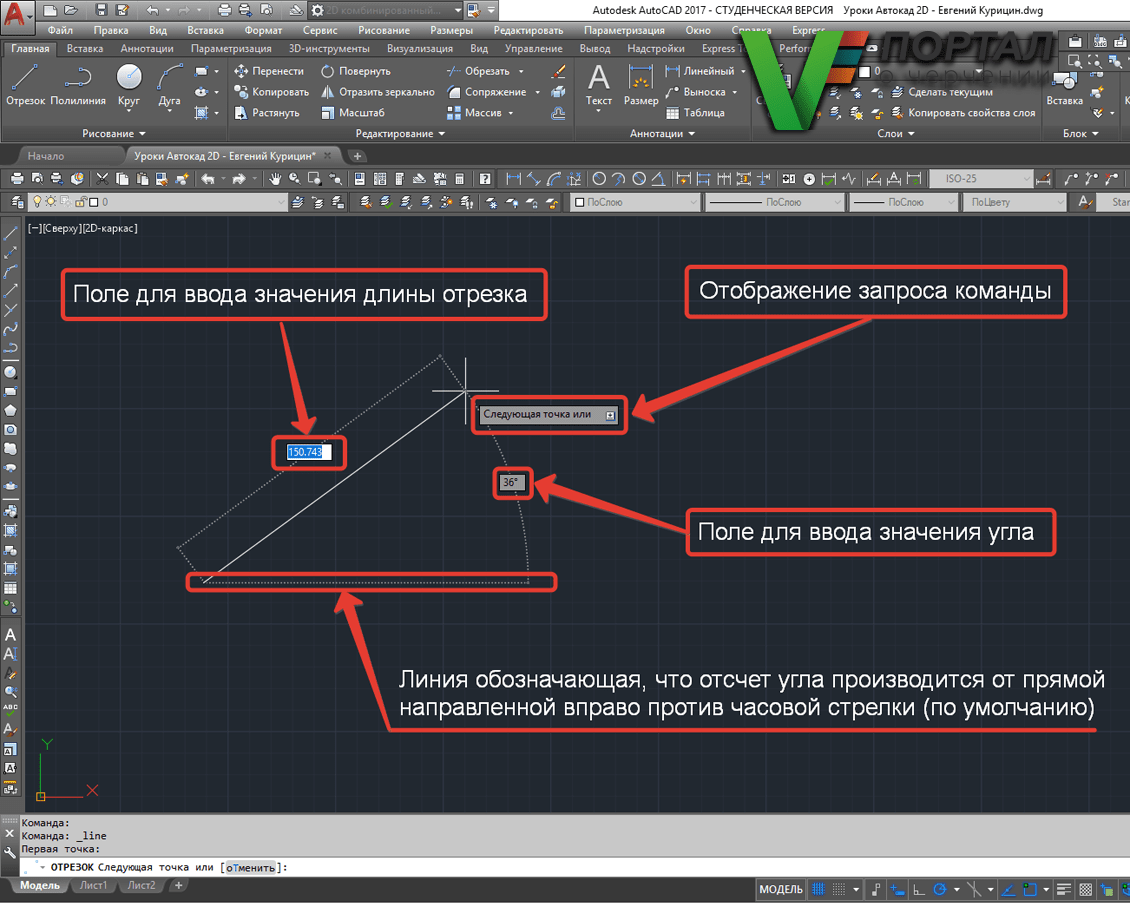 How to convert line to polyline in AutoCAD?

Before converting segment to polyline in AutoCAD, you need to make sure that there are no gaps between segments! See note above.

Convert segment into polyline in AutoCAD in following ways:

As in AutoCAD, convert segment to polyline using Polred command.

In response to query in command line, select segment that needs to be converted to polyline. At command prompt appears:

And there is listing of option "Polred". Select option "Add" and successively add segments, which later will be segments of polyline.

How to convert line to polyline in AutoCAD using "Connect" command

Select Connect tool. Sections of AutoCAD, which need to be converted into polyline, you can pre-select or select after calling command. prompt appears on command line:

We select AutoCAD segments, consecutively following each other, or select all segments at once in way that is convenient for us (selection of objects). After selecting segments, press "Enter" key. "Connect" command stops its execution, and in status bar you can see that: so many polylines are received, so many of those objects are converted. If segments have been converted to 1 polyline, then status bar will be written: 1 polyline is received, so many segments. number of polyline segments equals number of converted segments in AutoCAD.

Tip:
To convert segment (objects) in AutoCAD using tool "Connect" is much more convenient than command "Polred", because we can select several objects at once.
Note
segments in AutoCAD are automatically converted to 2D polyline when they lie in same plane. If segments are in different planes, then they are transformed into 3D polyline, which is completely due to properties of three-dimensional polyline.

I recommend to get acquainted with similar lessons on AutoCAD:

Video "How to convert segment of AutoCAD to polyline, ways to select command option"

This video tutorial and article is included in professional free video course on AutoCAD, which is suitable for both novice users and has long been working in program.